It will never happen again.

I call it magic.

It’s a Vietnamese soup made with beef or chicken broth, beef or chicken meat, rice noodles, and a blend of spices.  Pho can vary greatly from restaurant to restaurant so if you’ve tried it and didn’t like it, give it a shot somewhere else.

Our favorite place in Beaverton, Pho Van, serves the broth and noodles in a big bowl with white onions, and then a plate on the side with bean sprouts, jalapenos, Thai basil, and lime to mix in as you please.

I give Mr. Won’t Run the onions (I don’t mind them in cooked dishes, just don’t enjoy a mouthful of them), he also gets my bean sprouts but the basil and lime are all mine.  I add the jalapeno for some kick but it gets spicier the longer you leave it in so I take it out when I’m about half way through my soup.

Why did it take me so long to try it?  Well, Mr. Won’t Run orders his with all sorts of beef parts, including tripe.  I’m not into that tripey barnyard flavor so I never wanted to try it.

Then one day he talked me into just tasting the broth.  Then he told me I could order it without tripe.  I have been hooked every since!

Our guy at the restaurant even knows our order:

Sometimes we change it up and get chicken wings instead of salad rolls.

How the Pho do you pronounce Pho?

The first thing to know is that there is no P sound at all, the Ph is pronounced as an F.

This might make you think it’s pronounced like foe (enemy) / faux (fake) / fo (shizzle).  If you do pronounce it that way most people will know what you mean but it’s not quite right.

There is a great post from Loving Pho with a few different audio clips you can check out.

Why is it so Pho-reaking good?

Ever since Mr. Won’t Run talked me into tasting it about five or six years ago I have been swearing by it.  We were eating it every 2-3 weeks and I realized I had stopped getting head colds, sinus infections, sore throats, etc.  If I felt like some germs were trying to take hold we’d get some Pho and kiss those germs goodbye.

Until last weekend when I had just been thinking “hey, it’s been a while since we had some Pho” and then I woke up Sunday with a sore throat and things went downhill from there.  I’m almost back to normal a week later and am vowing to never fall off the Pho wagon again!!

I wasn’t sure why Pho seemed to be a magic immune booster until I read that traditional Pho broth is made with the beef or chicken bones.  The bones are the key because that’s where the minerals, marrow, and gelatin come from along with so many other great things.  And bone broths can help with more than just the immune system, it’s also said to improve joint health, bone density, digestion, sleep, and so much more.

So there is some truth to eating chicken soup to feel better when you’re sick, but it’s talking about the chicken soup like grandma used to make with bone broth, not the stuff we typically eat today out of a can or a cube.

I am by no means an expert, but here are some articles I found that I believe to be from reputable sources and from people who do know their stuff!

Broth is Beautiful by Sally Fallon (author of Nourishing Traditions)
The Benefits of Bone Broth by Jenny from Nourished Kitchen
How Bone Broths Support Your Adrenals, Bones, and Teeth by OraWellness on Nourished Kitchen
Seven reasons to add bone broth to your daily diet by Margaret Floyd from Eat Naked
10 Reasons to Drink Bone Broth by Katie at Kitchen Stewardship
America Needs More “Brothals” by Kristen from Food Renegade

A lot of those articles talk about bone broth as part of your daily diet and I am absolutely considering incorporating it.  Instead of a mug of tea at night, maybe a mug of broth instead.  It’s not hard to make at all, a lot of the links above include the how-to.  Apparently it’s all about low and slow cooking, and vinegar is key to getting all the good stuff to come out of the bones.  And who doesn’t love a warm mug of chicken broth??

So tell me, do you like Pho?  Have you ever made a bone broth? 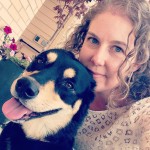 Merry Christmas from Us to You!